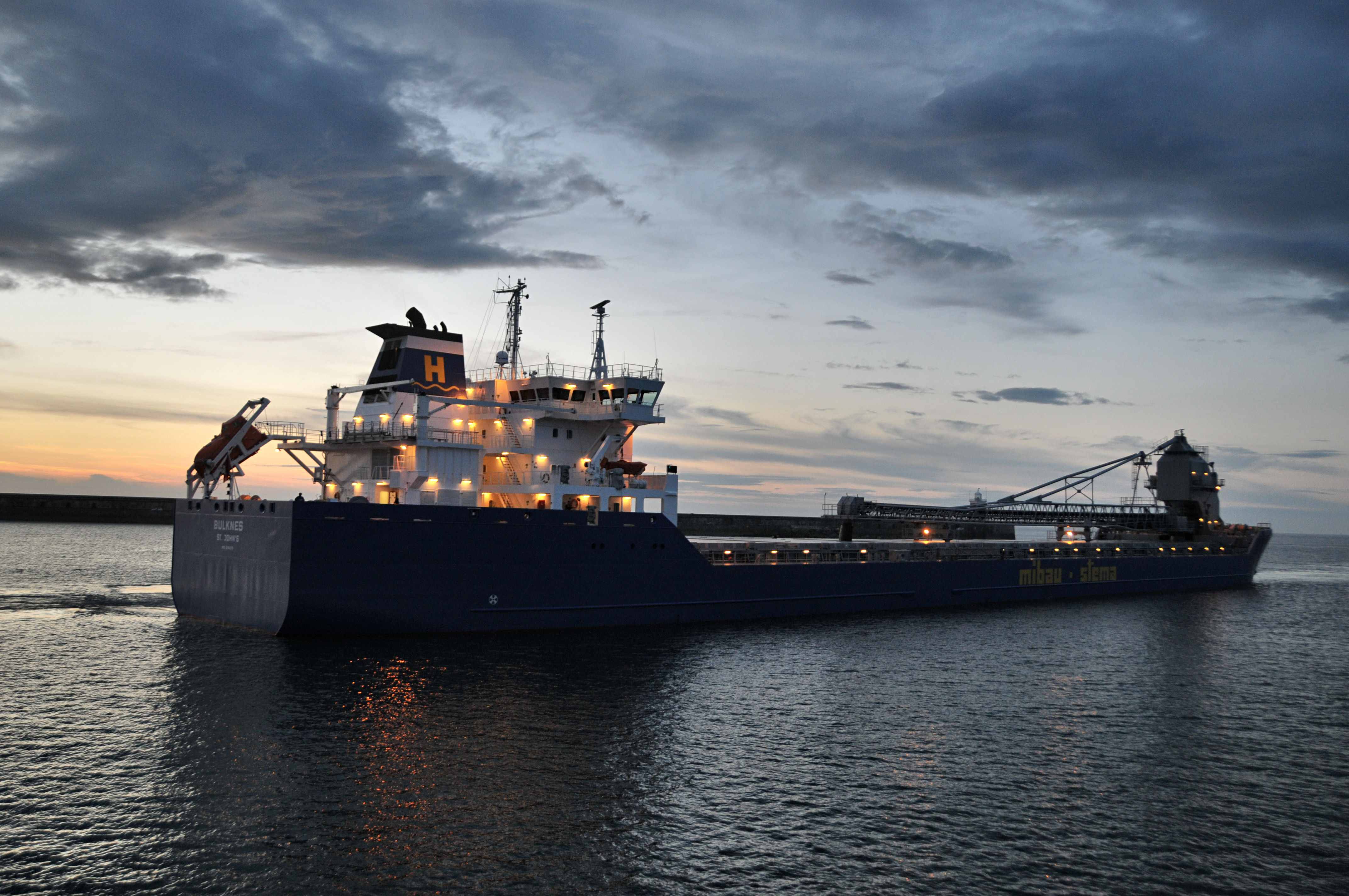 Established in 1987, our company Norsk Stein A/S runs the largest quarry of this type to date.

We invested heavily in the expansion of the quarry in 2009/2010 for a current capacity of 3,000 tonnes an hour; we supply up to thirteen million tonnes of high-quality aggregate for the European market every year. Located in the Jelsa fjord near Stavanger, this top-quality granodiorite aggregate is loaded directly using below-surface extraction at a capacity of up to 3,000 tonnes an hour onto self-unloading vessels with up to fifty thousand tonnes of cargo capacity each. Storage capacity was extended up to 1,000,000 tonnes; that, and the second quay have set the conditions for efficient logistics by minimising waiting times and optimising costs.

It all begins with a loud bang from the detonation, then dumper trucks take the stone away to the primary crusher. This crusher is one of the largest world-wide, and breaks the stone down by applying enormous mechanical pressure; the crusher also provides interim storage for the crushed material before it’s shipped to our state-of-the-art production facilities, which crush the stone further, and screen, wash and prepare the stone for shipment in standardised quality – with CE certification, of course – to market requirements. Our products are used in the concrete and asphalt industry, railway construction, hydraulic engineering, in road beds, the offshore industry, and numerous other applications.

Find out more about our production processes in this video:

Our products in application 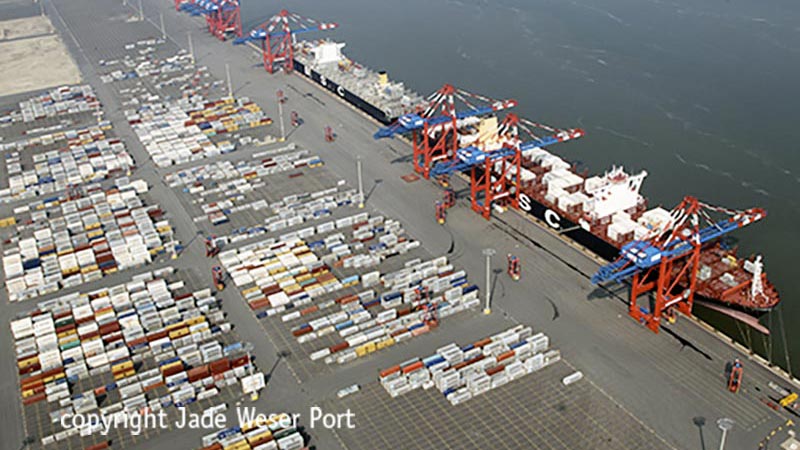 Jade-Weser is the Germany’s only deepwater port, and allows ships with up to 16.5 metres draught to enter regardless of tide as the Jade channel fairway has a depth of eighteen metres. Constructing the port was the project of a century for Bremen and Lower Saxony. 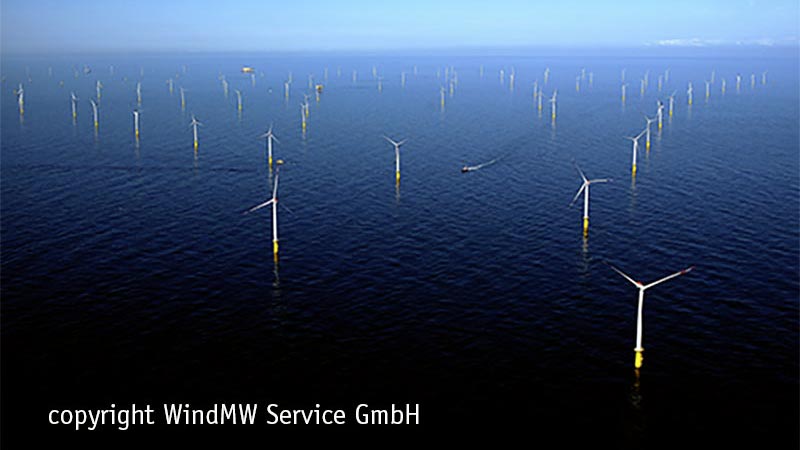